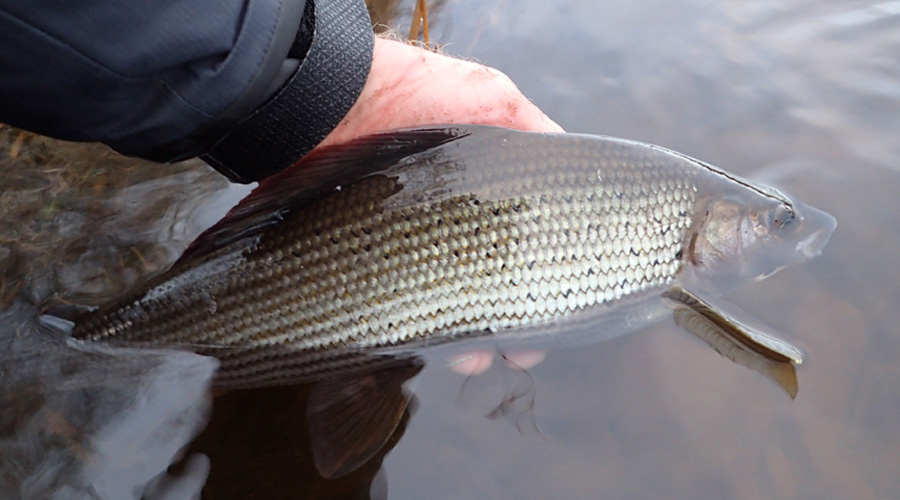 Grayling fishing on Penrith Angling waters has been known to be exceptional at times. These hard fighting game fish are not indigenous to the Eden system. According to William Nelson in his book ‘Fishing in Eden’ they were introduced as fry at Musgrave around 1880. Initially it was thought that they were lost (‘…washed down to the Solway’), but the Eden system seemed to suit them. They eventually became well established and they remained that way up until the 1960's when their numbers fell following the effects of U.D.N. (a fungal disease brought into the river by the salmon). Grayling numbers remained low until the late 1990’s when we saw a substantial increase in the population and they are now worth fishing for during the winter months. 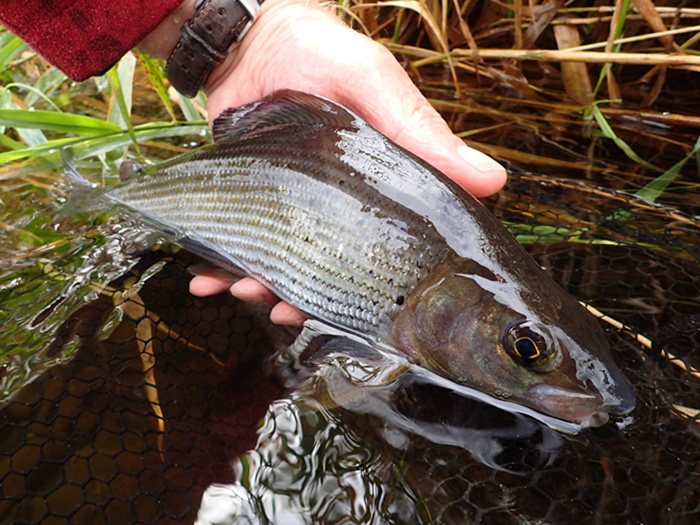 Eden grayling appear to grow extremely fast compared to those on many other waters. They have a relatively short life-span, but on average they reach about 1½lb and fish of 2 to 3lb have been caught on our waters.

Although they are often encountered through the summer months when we are trout fishing. It is from August through to March when they usually appear in good numbers. They come into their prime during the cooler waters of winter. Therefore, it is from the end of the trout season on the 30th September that we really concentrate our efforts on 'The lady of the stream'
The good numbers of grayling give members the opportunity to fish throughout the year. There is no need to pack away your tackle once the Trout season is over. Fishing for grayling gives PAA members the chance to extend their season.

Grayling fishing is allowed on the following waters during the closed trout season:
(These areas are identified on the individual maps)